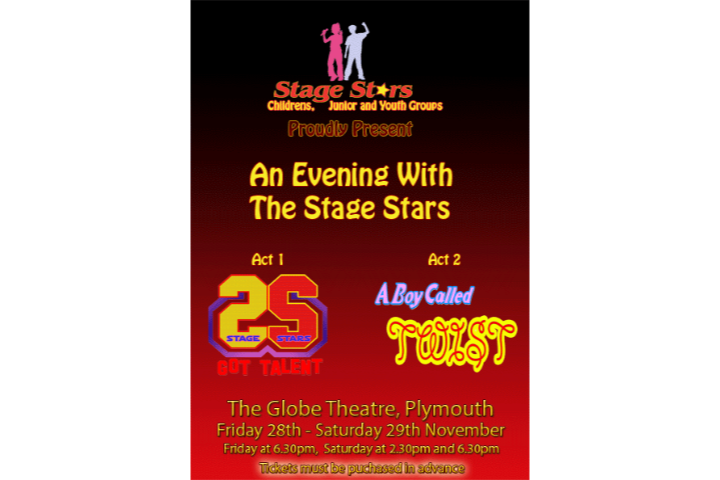 The curtain opens with Oliver Twist working at an orphanage. The boys sing "Food, glorious food" as they wait for supper. They are all hungry after their one cup of gruel and Oliver asks for more. Mr. and Mrs. Bumble sing"Oliver!", and Oliver is a "Boy for sale" after being upset by his impudence. Oliver is bought by Mr. Sowerberry, the undertaker. Saved from one enemy in Mr. Bumble, Oliver's new enemy is Noah Claypole. A fight between them leads to Oliver being locked up as he sings the tender "Where is love". Oliver runs away where he soon meets the Artful Dodger who sings "Consider yourself ". He is introduced to Fagin and his boys and is taught that "You've got to pick a pocket or two".

Fagin sneaks out late in the evening to meet Bill Sikes at The Three Cripples. Despite the obvious drawbacks of living in the slum, Nancy assures us that "It's a fine life". The following morning Nancy and Bet arrives and Oliver gets to know them during the song "I'd do anything", after which Fagin sends the boys out on the streets hoping that they'll "Be back soon". Well, they aren't, at least not Oliver. He's been arrested for looking guilty when Dodger stole a wallet.

But Oliver is a lucky kid; he's proved innocent and the old man who got robbed, Mr. Brownlow, takes him home with him. In the morning the whole street joins Oliver in the question of "Who will buy". But plans are being made for Oliver's reunion with his old friends. Sikes efficiently persuades Nancy to help him with the task, rending Nancy singing "As long as he needs me". Fagin is "Reviewing the situation", thinking about changing his way of life. Nancy shortly realises that Oliver's life is in danger as long as he stays with the thieves and she contacts Mr. Brownlow, who in the meantime has found out that Oliver is the son of his long lost niece.

She promises she'll take Oliver to him, and she almost succeeds, diverting Sikes attention with the little ditty "Oom- pah- pah". When Sikes figures out what's going on, he kills Nancy. In desperation he takes Oliver with him, trying to escape over the roofs, but is killed himself by a police officer.